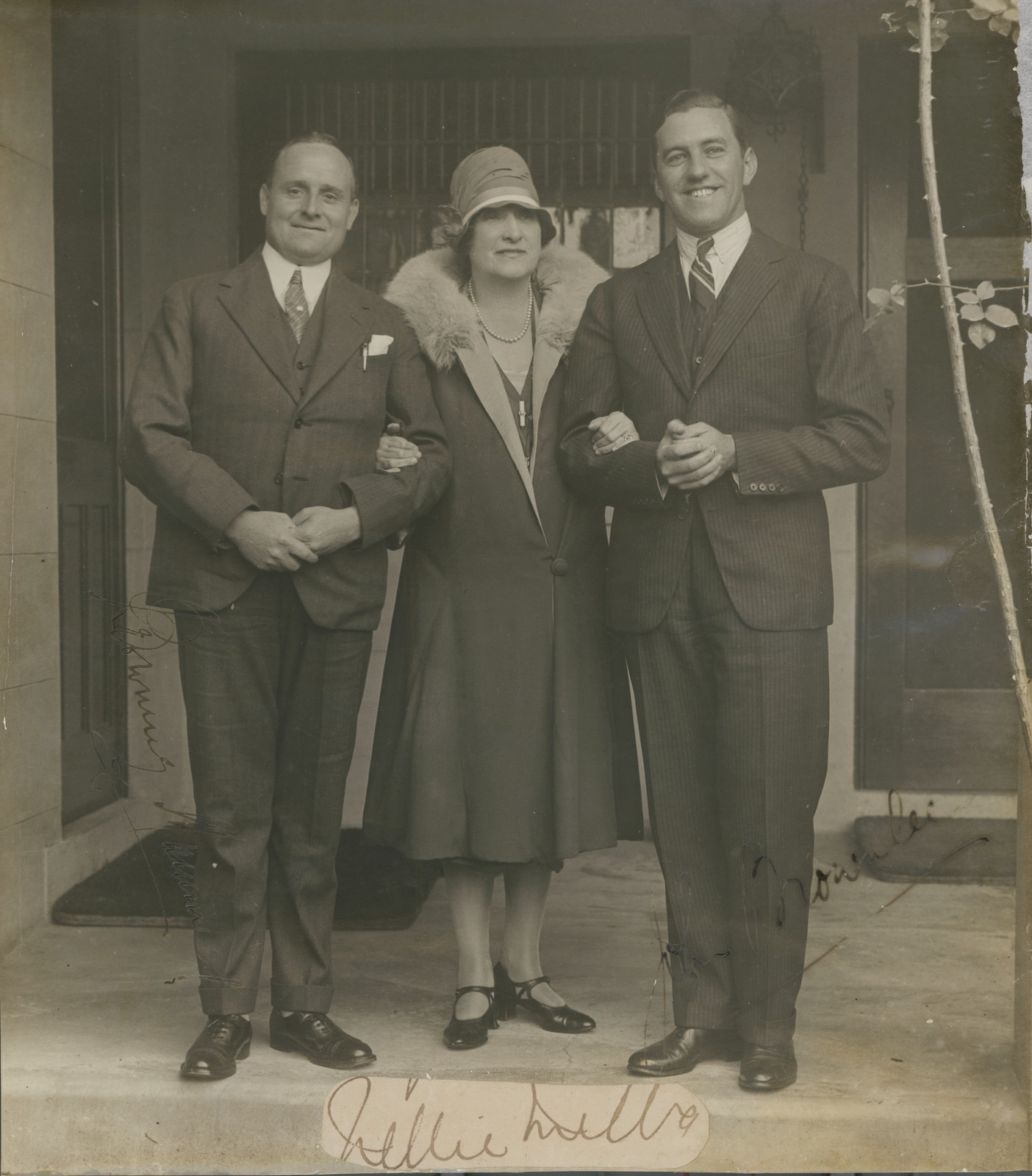 John Cargher AM (1919-2008), music radio presenter and journalist, was born Pinchas Cargher to a Jewish rabbinical family and grew up in England, Germany, and Madrid. He worked in a factory after leaving school aged 13 and became a toolmaker. During this time he attended opera performances at Covent Garden and Sadler's Wells where he worked backstage and was involved in producing ballet. While serving in the RAF during the Second World War he bought and sold 78 rpm records for shellac, while keeping some back for his own collection. After working in theatre and television production, he migrated to Australia in 1951, where he managed record shops and became well known in Melbourne as a manager of Thomas' Music. In 1959 he moved to the ABC following work on programs for commercial radio. In April 1966 he began hosting the weekly program Singers of Renown on ABC Melbourne, which by 1977 was broadcast nationally. From 1969-1989 he managed the National Theatre in St Kilda and continued to serve on the theatre's board. In 1987 John Cargher was made a member of the Order of Australia for services to the performing arts. He wrote books, including Music for pleasure: or how to enjoy music without really trying (1970), How To Enjoy Opera Without Really Trying (1987), BRAVO! Two Hundred Years Of Opera In Australia (1988) and an autobiography, Luck Was My Lady: Memoirs Of A Workaholic (1996).

The Monash University John Cargher collection was donated to Monash University library as part of the Cultural Gifts Program in 2009. It contains recordings, libretti and concert programs that he would use for his weekly radio programs from 1959-2008, the longest run of any combined program and presenter in Australian radio history, which produced 2124 programs. One program, Singers of Renown was broadcast for 42 years. Music for the programs was chosen, from his own collection, months in advance, to suit production deadlines for ABC publications.

This 78 rpm collection features the earliest recordings, which Cargher brought with him from England. It includes voices of Australian singers Browning Mummery, John Brownlee, and Harold Williams as well as European singers who were popular on radio worldwide during the mid-twentieth century. It was accompanied by John Cargher’s own typed lists of 10 inch and 12-inch vinyl recordings.

Bass. With Orchestra. Label damaged and some information lost.

Bass. With Orchestra. Label damaged and some information lost.

Soprano. With Orchestra. Featured in the Film : "The Divine Spark"

Soprano. With Orchestra. Featured in the Film : "The Divine Spark"

Why Caruso Recorded the Coat Song

Hebert Wallace "Wally" Butterworth was a radio announcer. Appears as Wally Butterwort on the label. With Soprano (Alda). This is an interview discussing the recording of the following track.

Baritone. With Piano Accompaniment. Special British Subscription Isse by arrangment with THE GRAMOPHONE "Collector's Corner". Signature etched into the vinyl itself

Baritone. With Piano Accompaniment. Special British Subscription Isse by arrangment with THE GRAMOPHONE "Collector's Corner". Signature etched into the vinyl itself

Tenor. With Strings, Harp and Organ. Praga also attruibuted on the label. It is unclear what role Praga plays in the piece.

Baritone. Of the Berlin State Orchestra. With Choir and Orchestra. Conductor : Julius Pruwer

Baritone. Of the Berlin State Orchestra. With Choir and Orchestra. Conductor : Julius Pruwer

Rondeau. Soprano of the theater of Porte St-Martin. Orchestra under the direction of M.E. Bervily

Aragonaise. Soprano of the theater of Porte St-Martin. Orchestra under the direction of M.E. Bervily

Act 3. Tenor. With the Orchestra of the Teatro alla (Scala). Conductor : Franco Ghione

Act 2. Tenor (Lauri-Volpi), Baritone (Borgonovo). With the Orchestra of the Teatro alla (Scala). Conductor : Franco Ghione. Appears as G Borgonovo on the label

Close As Pages In A Book

Tenor. With Orchestra. Composer is attributed as "Perez & Freire" on the label

Tenor. With Orchestra
View all 189 items